This is my flag. I have recently heard an English theory about the meaning of its colours. So contrary to being guacamole for the green, sour cream for the white and salsa for the red, their true meaning changed after president Benito Juarez lead the country to:
– Green: for the hope
– White: for the unity
– Red: for the blood spilled by our people in their efforts to make this an independent and democratic country.
– And in the middle an eagle standing on a cactus eating a serpent in an islet in the lake of Texcoco: for the legend that says the Mexicas established their empire Tenochtitlan where they found this message from their god Tenoch.
Below the nopal (cactus plant) a twig of laurel and one of oak. 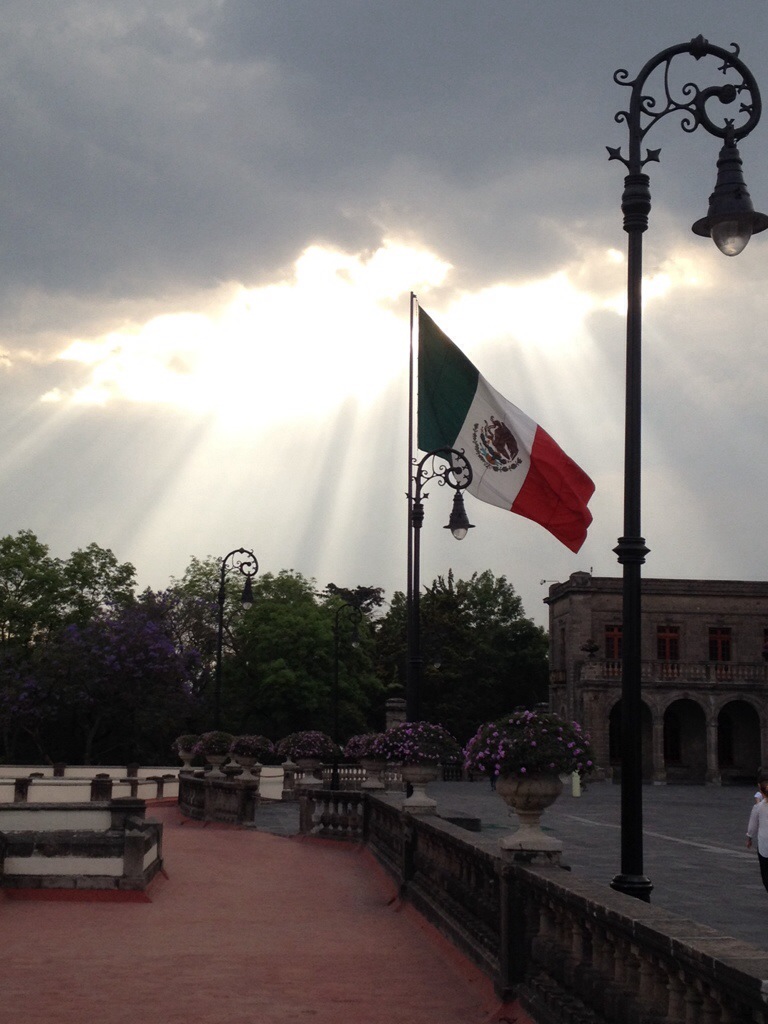