I wonder how many towns pass inadvertent to all tourists that are actually worth a visit. This one has some interesting components that make of this historic little market town in North Yorkshire, England a worthwhile visit.

The river Nidd carved a 120 feet deep gorge. The name Nidd it is said to come from Celtic hidden or covered. A much apt name for this river as it disappears underwater somewhere in the valley. The town Knaresborough seems to have a bit of history featuring in the Domesday Book in 1086 as Chenaresburg.

Knaresborough also has a railway viaduct which was originally built to complete the Leeds Northern Railway. It was completed three years after the first viaduct collapsed before completion in 1848.

A random character from Knaresborough is Blind Jack who despite of losing his sight at the age of 6 he became an accomplished musician, guide and road maker. He was responsible for the making of hundreds of miles of roads in the North of England. 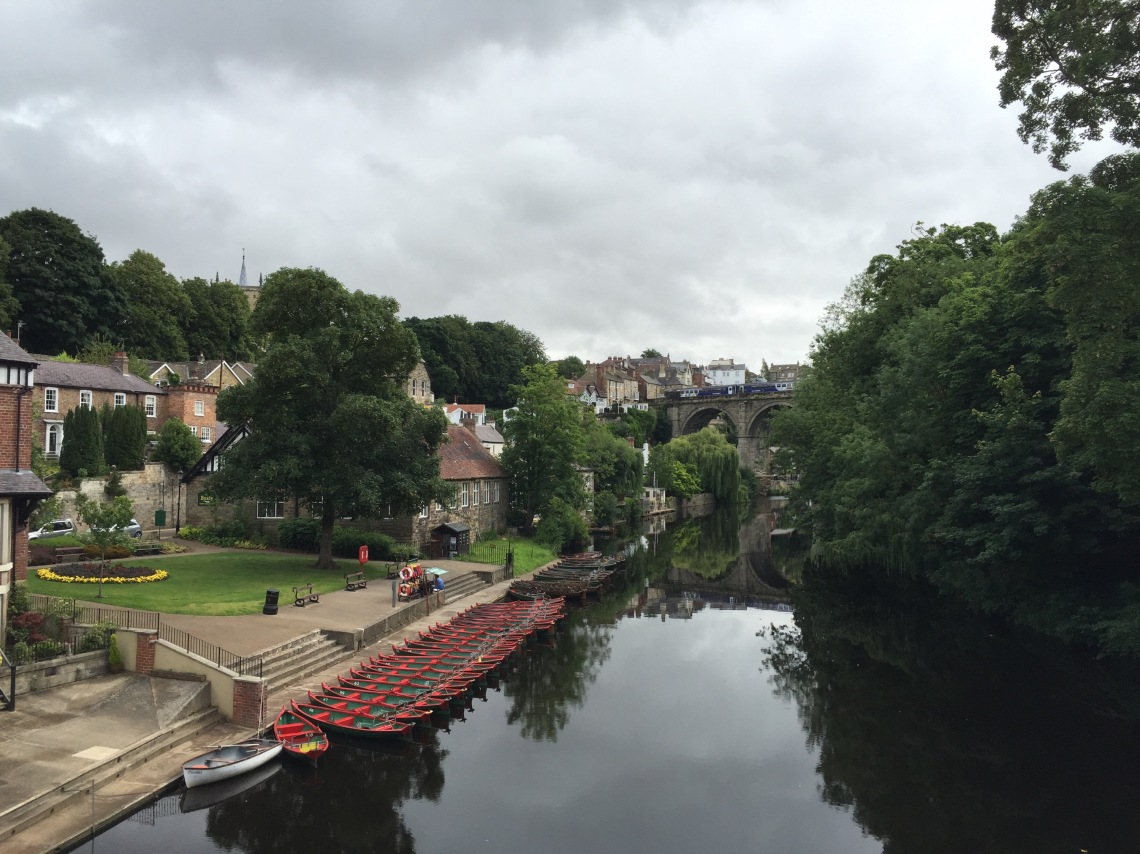