The equivalent to going to Cantinas in Mexico or a pub crawl in Australia, in this side of the world is the Basque tradition of “ir de pintxos”. Drink a “zurito” – a small portion of beer – or a “txikito” – a small glass of wine – with a snack or two of traditional food.

On a weekend, bars and restaurants will keep bringing pintxos out until 3 or 4 am but on Sundays, you better go early as they are “only” open until midnight. 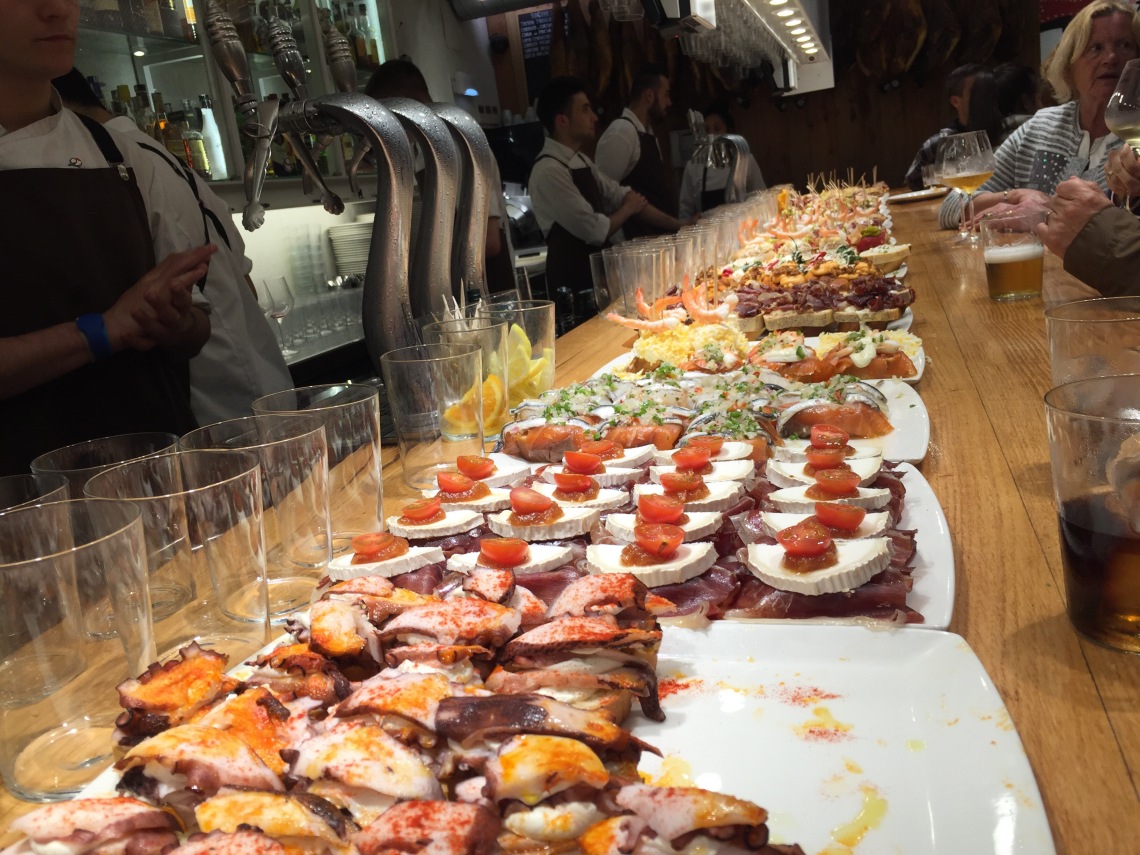