In India, cows are sacred as it is believed they are the incarnation of the many gods they have. Cows with extra limbs are supposed to give luck.So how does this happen?

Polymelia (from Greek poly meaning many or plus and melia which means limbs) or developmental duplication, is a recessive defect that causes the creature to develop extra limbs (most commonly, extra front legs). The extra limb is most commonly shrunken and/or deformed. There are many causes including an embryo that started as conjoined twins but one of them degenerated completely except for the extra limbs that end up attached to the other twin. It can also be a genetic mutation (spontaneous or inherited) that affects fetal development; or effect injuries, toxins and/or infections during fetal development. Calves affected by polymelia often die in utero. However, animals born with extra limbs can often live long, especially if the additional limbs are removed. Or not as it is the case with this one. One would inadvertently think it is giving birth if seen from behind. 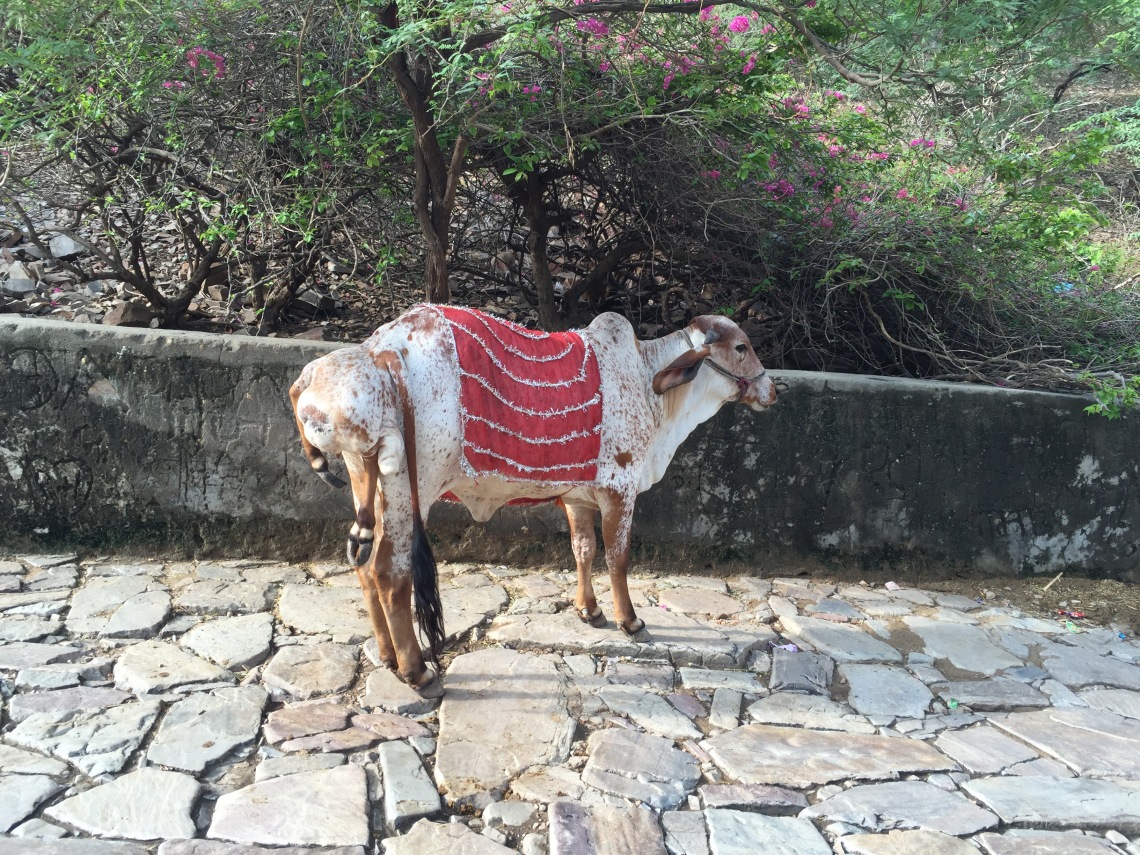