Mexico is an old country and hence has a long history. It is also a big place and each of its 31 states has its own culture and heritage expressed in languages and dances. Both mix and showcase the complex contradictions that is now Mexico.

Mexican folklore dancing has always been a way of honoring and celebrating the religious and cultural beliefs in the country. It is, as well, a representation of the struggles and joys of daily Mexican life. Its origins can be traces to the mesoamerican times when dances were used to apease the gods of the Mayans and the Aztecs. With their invasions, Europeans brought other dances that influenced the indigenous forms of dance. With time, Mexican folklore became what we now know and enjoy.

Dancing is not only the choreography but it expands to costumes and particular steps or “zapateado”. Each dance and region has a unique atire and representation

Generally, men wear black trousers with a bright red tie and a “sombrero”. And, women, are often clothed with long, bright skirts and dresses. Areas in Mexico that have a more indigenous background tend to have more of a simple dance garb that incorporate linen cloths, body paint, or even feathered hats. Other times, dances may use prompts such as swords or bottles of beer that must be balanced in the dancers heads. It is all part of the Mexican flavour! 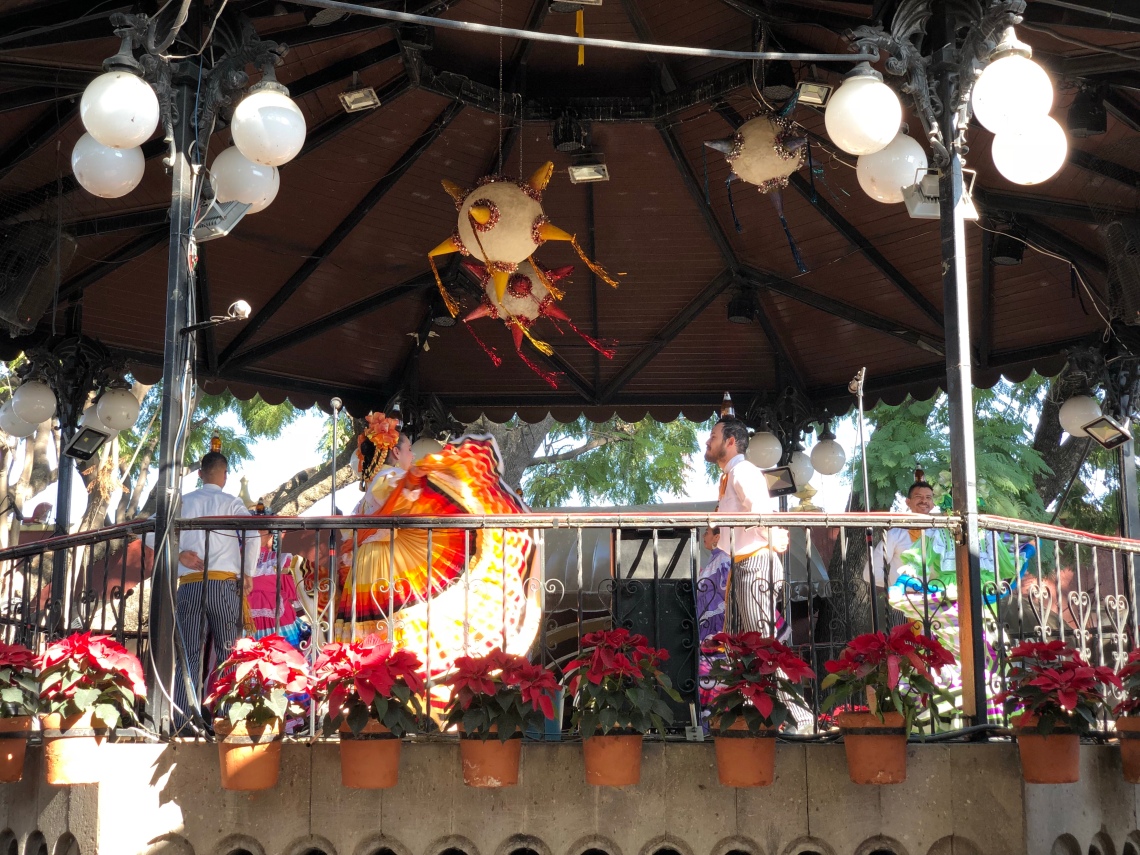