This 60 meter high monument, the Christopher Columbus Monument, was built in 1888 in homenage of the explorer and discoverer of America. The monument is in Plaça de la Porta de Pau (Square of the Gate of Peace) and took 6 years to complete. The 7 meter tall statue of the standing Columbus points towards the sea, thought strangely enough, it is not in the direction of the “new world” he discovered.

Columbus was born in Genoa, Italy. However, some historians in the nineteenth century claimed that he was Catalonian and thus a reason why this monument is placed in Barcelona.

The monument has caused some debate as whilst with Colon’s discovery of America the exchange between America and Europe began, it also meant slaughter, suppression, enslaving and destruction of the indigenous people, their culture and the theft of their treasures. 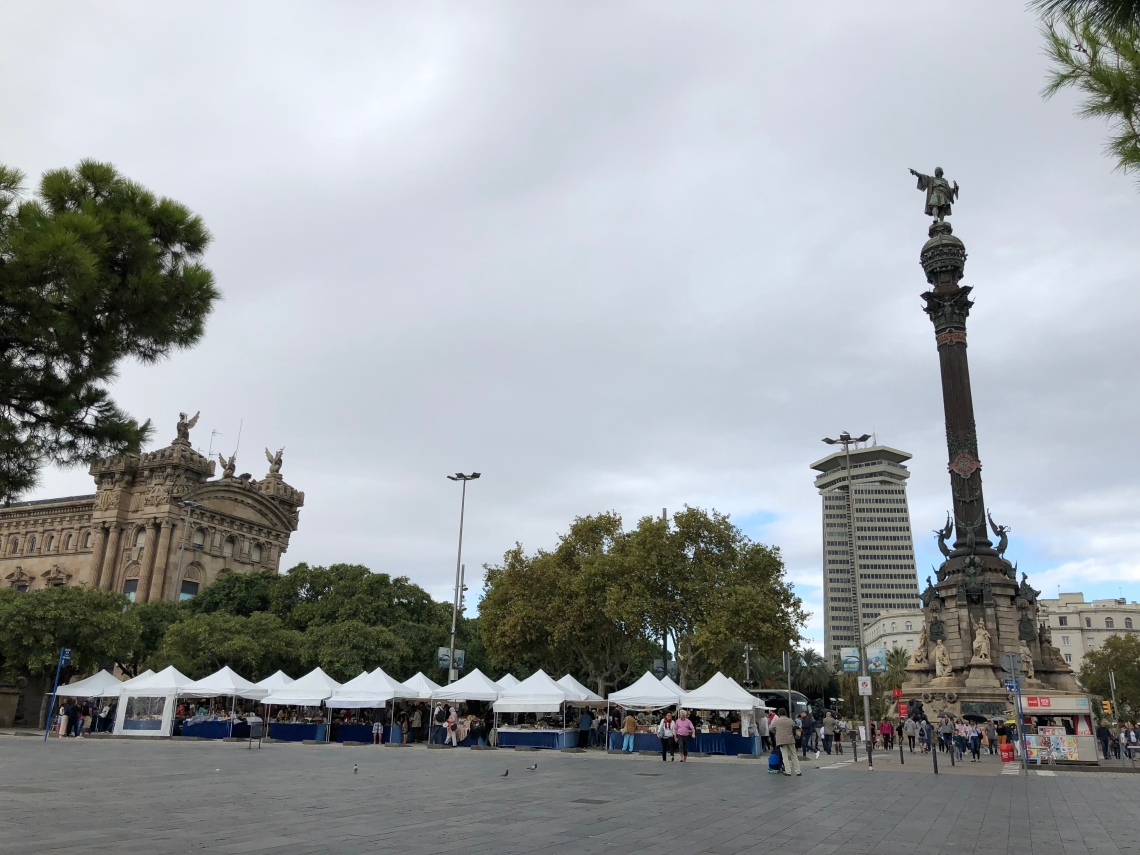