It has been more than a thousand years, that pilgrims have walked the many kilometers and many ways that lead to Santiago de Compostela, seeking penance, forgiveness, solitude, enlightenment, and some, adventure.

The scallop shell has long been the symbol of the Camino de Santiago (St. James’ Way). This shell is commonly found in the shores of Galicia and often pilgrims wear or attach them to backpacks to show that they are walkers on the trail. The origins of this tradition is uncertain. Some say it was given to the early pilgrims to prove they had reached Santiago de Compostela. Others say that additionally it was given to pilgrims for their walk back home to be used as a drinking device in lakes, rivers, waterfalls.

Whatever its beginings, all pilgrims use it nowadays and are easily identifiable than the hundreds of tourists in this area of the world. 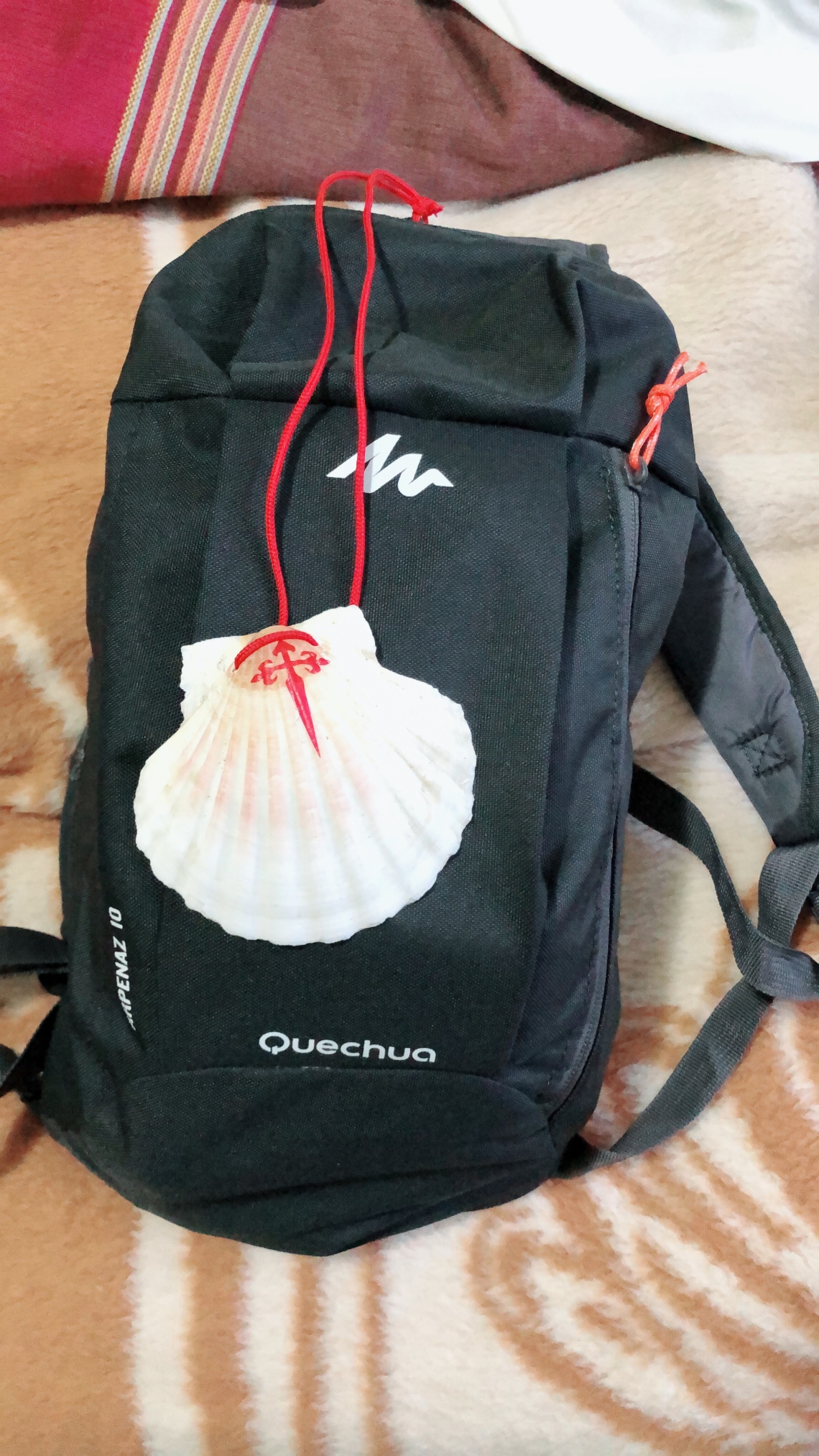