In Nahuatl, mulli or molle, in english, sauce. This sauce is possibly the most iconic of the sauces of Mexico; though not everyones cup of tea or chocolate in its case. The complex and rich taste of mole is strong and divisive, either it is loved or hated; it can be said that its taste can be classified as “acquired”. Regardless, it is a popular sauce in many parts of central and south of Mexico and has gained popularity worldwide as it is part of Mexico’s culinary and cultural identity.

There are many legends about the origins of the iconic dish called Mole. Some say it was created by the cook fray Pascual in the convent of Santa Rosa to receive the visit of the viceroy of the New Spain. The cook accidentally mixed all ingredients when trying to put some order in the kitchen. Another story says that a nun, in the same convent, ground in a metate many different chillies and condiments to create a dish for a celebration; the result, something so delicious that even on its own in a tortilla was delicious. But the most commonly told story is a mix of those stories, saying that a bishop was visiting a convent. Due to bad weather, the nuns couldn’t go to the market and had to make do with what they had mixing whatever they could find in their pantry together. The nuns then ground all ingredients in a metate to make a sauce. The result we now know as mole.

There are different kinds of mole. The most commonly known is the Poblano – named after Puebla, the city where mole originally comes from; moles from the south of Mexico like Oaxaca and Chiapas are much darker and thicker as they have more chocolate and nuts than chillies, therefore is sweeter. There are other varieties and colours: green mole, black, yellow red mole. However, Mexican households have their own family recipe that is passed down from generation to generation.

Whatever the type or way of making mole, it is something reserved for special occasions and it is always the family recipe that is preferred. 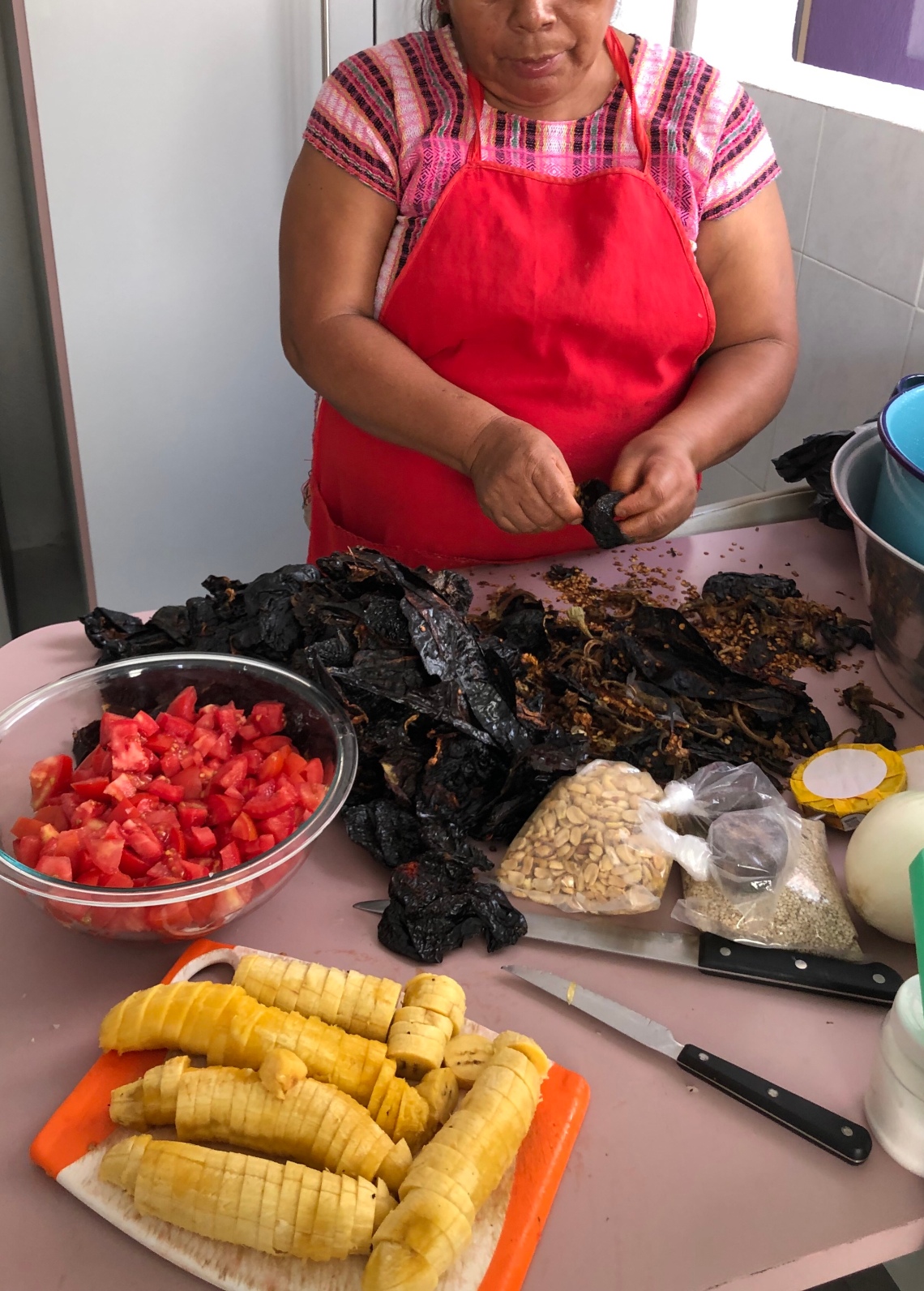