Tulum is an ancient walled city perched on the edge of a cliff in the Mexican Caribbean. A city of its kind in its era for it is the only archeological site close to the sea. Tulum is believed to have been a major trading and religious center between the 11th and 16th centuries. Goods like turquoise, jade, cotton, food, copper bells, axes, and cacao beans were traded here.

It is estimated that the population of Tulum was once 1,600 people and was one of the few Mayan cities that were still inhabited when the Spaniards invaded Mexico. Its population was, however, mainly wiped out by diseases brought by the Spanish and the rest killed by the intruders.

The word Tulum means “wall, trench or fence” in the Mayan language. A fitting name as the wall around the city is three to 5 meters (16 ft) in height, 8 m (26 ft) thick and 400 m (1,300 ft) long on western wall parallel to the sea. Though the original ancient name of the city is said to be Zama, meaning “dawn” or “sunrise”.

Mayans were superstitious and feared thunder and lightning but were amazing astronomers and scientists which meant they predicted astronomical manifestations with stunning precision. The wind temple in Tulum is said to whistle whenever a hurricane is coming. 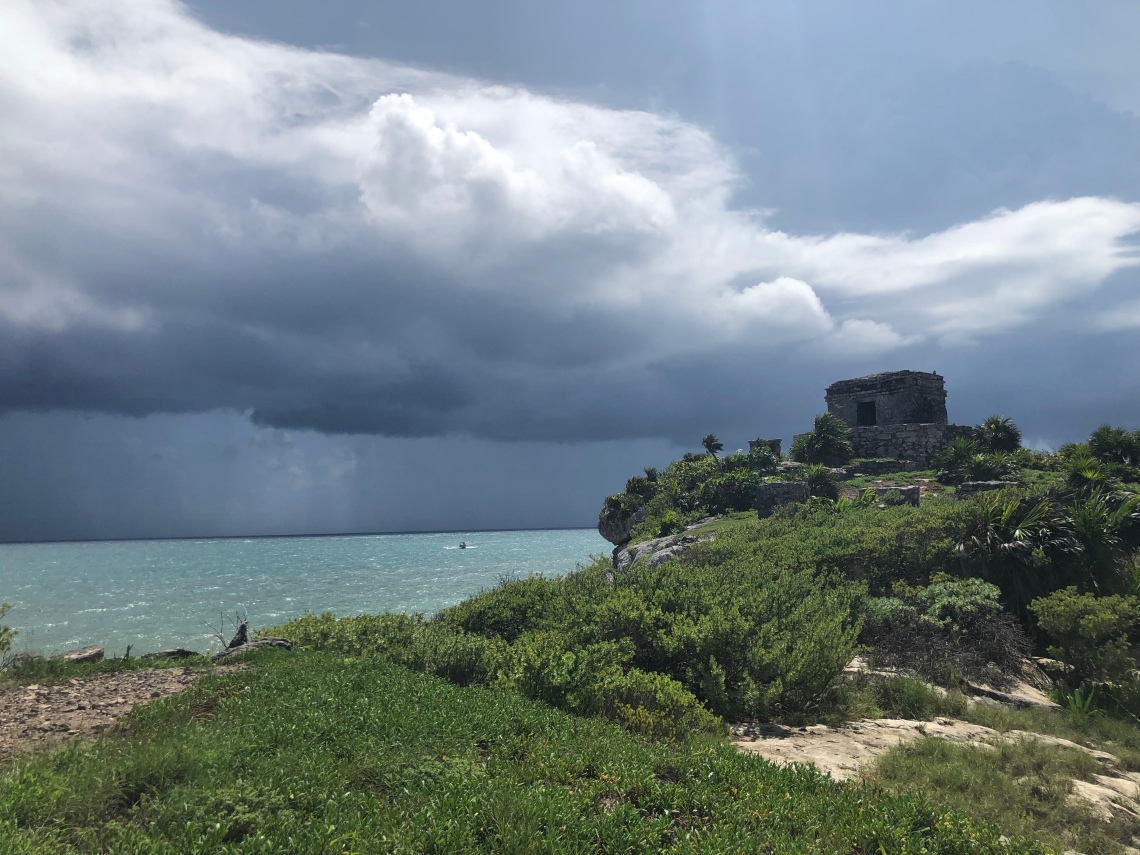