Southwest of the Crozon Peninsula, Pointe de Pen-Hir is one of the most magnificent natural sites in the Brittany region with its cliffs 70 meters high that flow into the sea.  Part of the natural park d’Armorique, the site has a series of offshore rock stacks called Tas de Pois (Heaps of Peas), plenty of short walks and small beaches.

These sandstone walls, exposed to the adversity of the sea, are the ideal place for climbing enthusiasts. But the alpinists will have to be careful if they don’t want to be helped by the local emergency authorities. 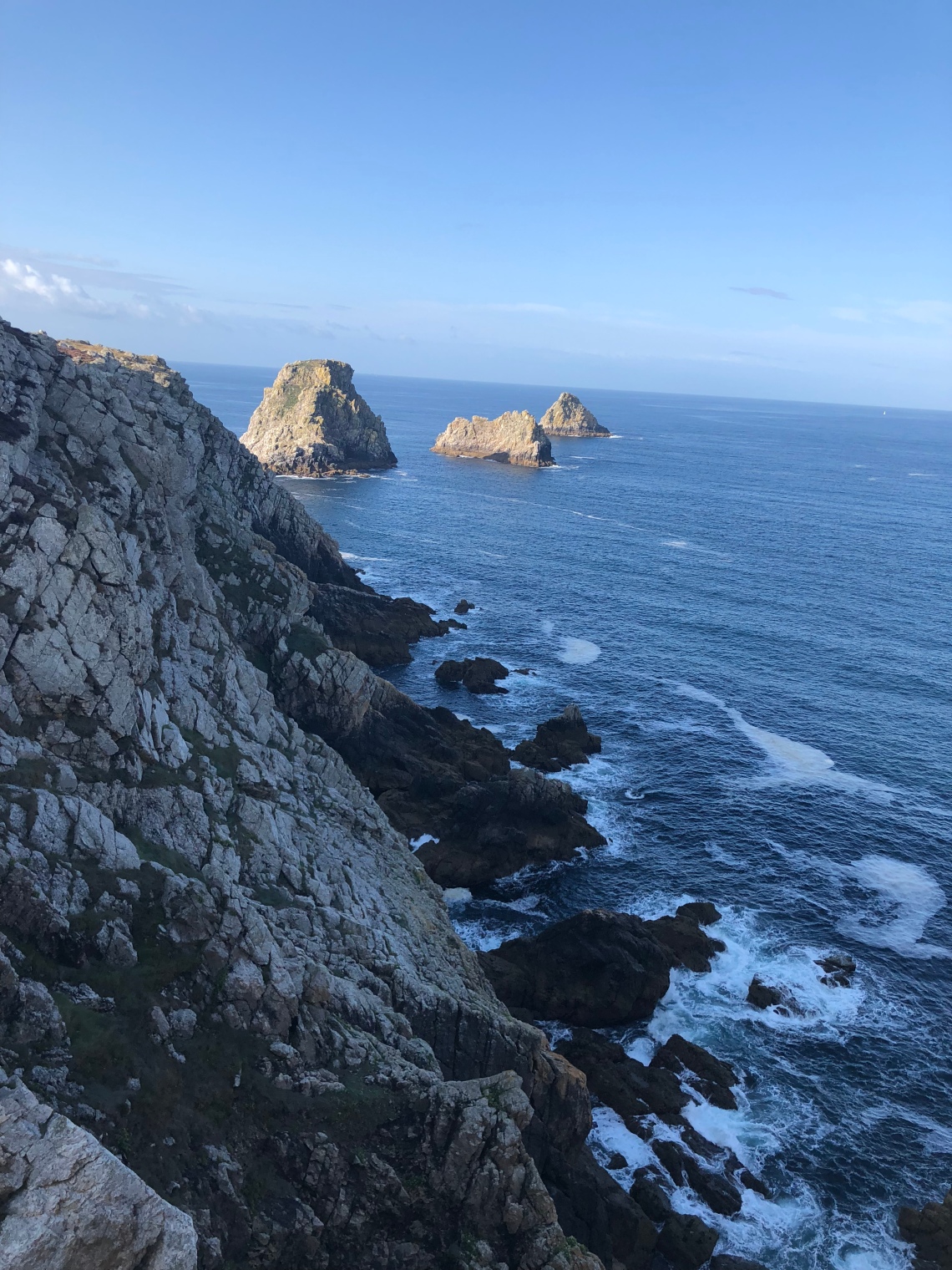 The Château des ducs de Bretagne could well be the inspiration for most fairy tales: a turreted and moated castle in the city centre of Nantes, with buildings dating from the 15th and 17th centuries. It was built by the last Duke of an independent Brittany, with the idea of serving a dual purpose: a military fortress to act as a defence against the King, and the principal living quarters of the ducal court.

The castle was used as the living quarters of the kings of France when they visited Brittany, later military barracks, an armory, a prison and nowadays a museum.

You can explore the courtyard and walk the walls for free looking out on the cathedral, the old town and where the Loire flows.

As part of that entry price is a random experience. Around the castle a 50 metres (164 ft.) steel slide wraps around the contours of the outer wall naturally complementing the hewn stones of the fortification wall. The slide is hanging above the Castle’s moat, and it never touches the castle but it does provide a different viewpoint. Giving all its visitors the unique opportunity for an adrenaline rush and a random experience. 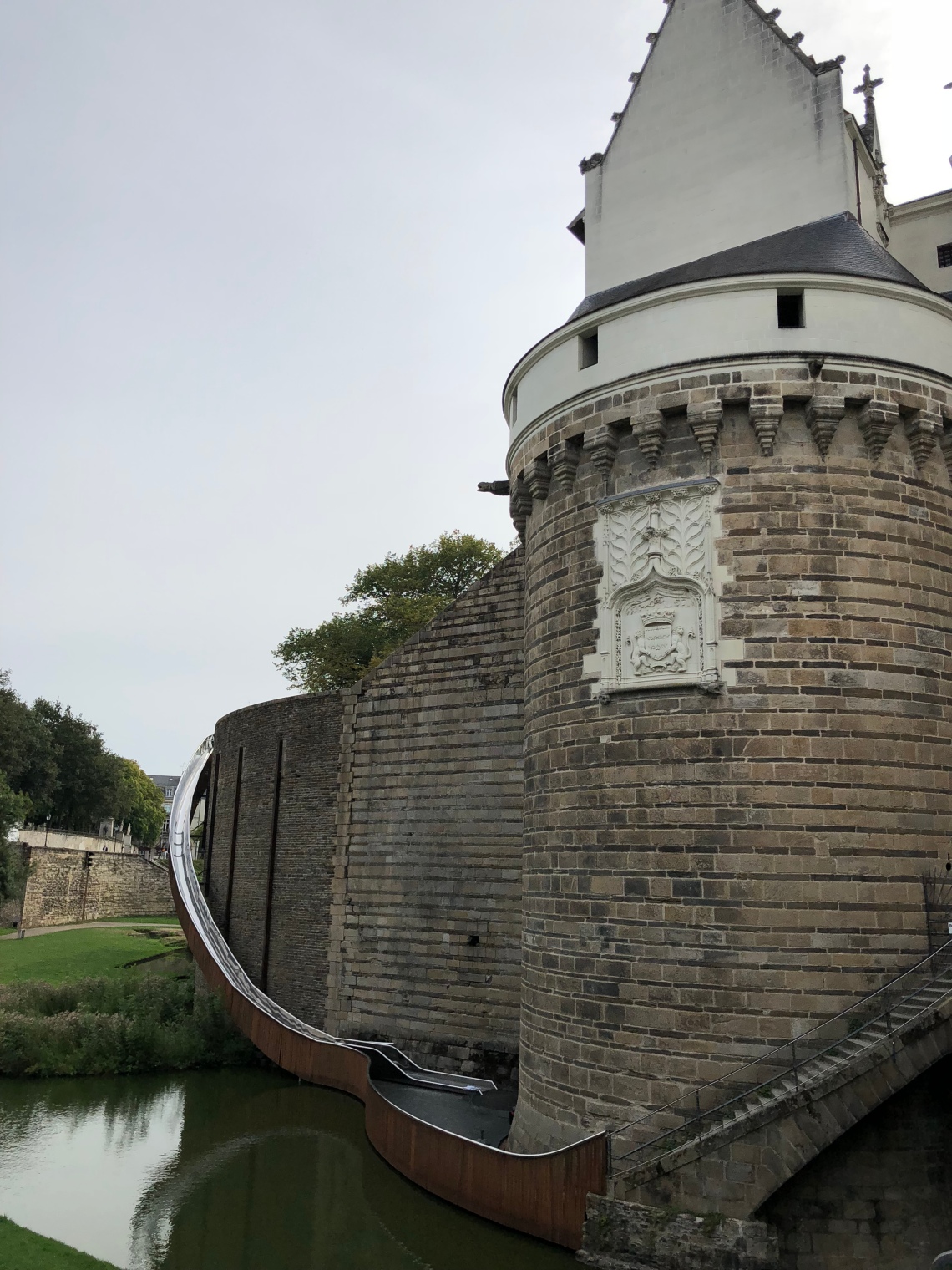 A castle dating from the 12th century and a mission to get to – especially in heels. Chateau Beynac sits on top of a cliff some 200 meters above the Dordogne river. An opportunity to explore a proper castle and imagine life in it. So much that numerous movies have been filmed in it, including Jean D’Arc.

When it comes to castles I need little encouragement to set my imagination free. I see the stable from the 17th century and I can hear the horses coming in and being dismounted by riders from afar; some of them continue riding to the guards room where on winter days probably got covered in mud and water. I guess when thinking of latrines I dont let my imagination fly too far. But as soon as we explore the higher floors through the rooms in the towers and where views of the city and Dordogne river below flows, I can imagine a life a few hundred years ago and a forbidden love between a princess and a peasant. Sneaking glances and kisses in forbidden rooms and under the judging eye of the town… 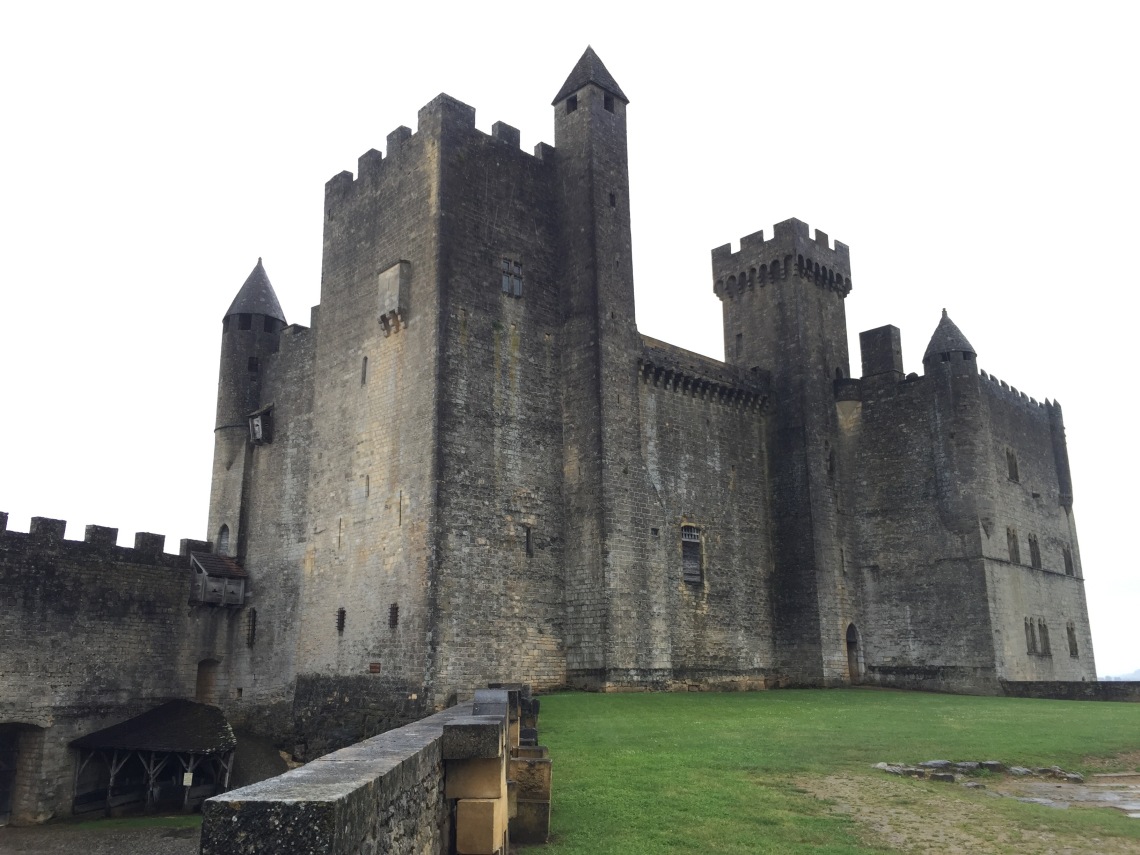 Chateau de Cazenac is located in the top of a hill in the heart of the Perigord Noir region in southwest France – east of Bordeaux, near where the Dordogne and Vezere rivers meet. It is a castle from the fourteenth century that originally had only the West tower. This chateau has an abundance of history from the days of Richard The Lion Heart to the Renaissance period when when the East tower and a guesthouse were added – around the fifteenth and sixteenth century. During the seventeeth century and the French Revolution, the south façade is built.

It is believed that the castle was owned by the family of Abzac and Roffignac until the 19th century. In 1988 the current owners, cousins to Les d’Abzacs family, bought the castle and made necessary arrangements to receive guests and be a place for functions, like weddings for example.

It is this the reason I traveled halfway around the world – a wedding in France between an aussie and a pom. Not bad for the first time being a plus one, hey? 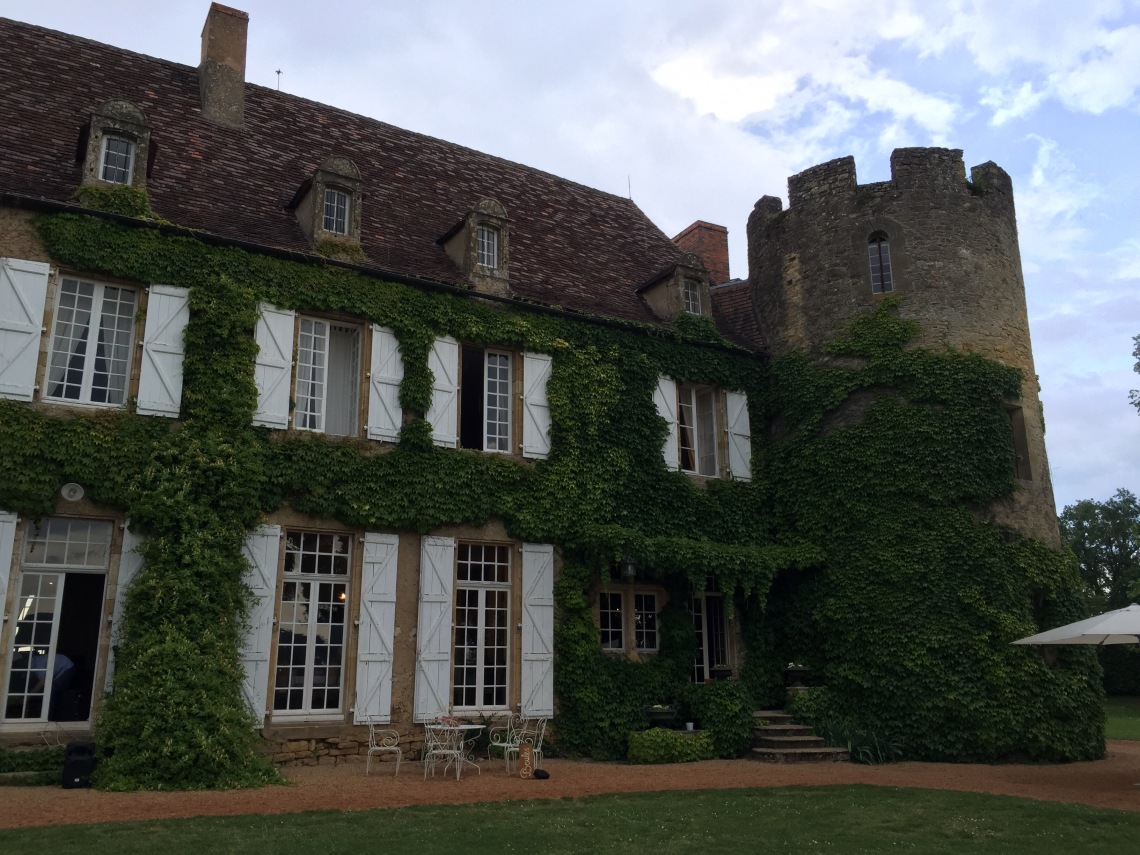 I almost regretted not taking the electric motor the monsieur offered us when hiring bikes in La Dordogne. Mostly flat but staying in a steep hill meant that I didn’t quite finish the bike ride. But cycling along the Dordogne river in the southwest of France was definitely a great way to spend a Friday morning and early afternoon.  The word “Dordogne” has two different meanings:

1. It is a long river, a tributary of the Gironde – In the oldest sense of the word

2. The French department (county), the “Département de la Dordogne”, surrounding a long stretch of the lower Dordogne between hills and plain.

The heart of the county is known as “le Périgord noir”, where we explored, and is the classic Dordogne, with its limestone cliffs, castles and rock-sculpted picturesque villages. It is also known for its world-famous caves with their stalagmites and stalactites, and in several cases prehistoric artwork.

Next time in this part of France, go to the country and rent a bike, go to the local market and get supplies, even try the exotic local cuisine of escargots and enjoy this protected bio reserve (declared so in 2012). Or maybe a holiday to look forward touring the villages of France by bike… 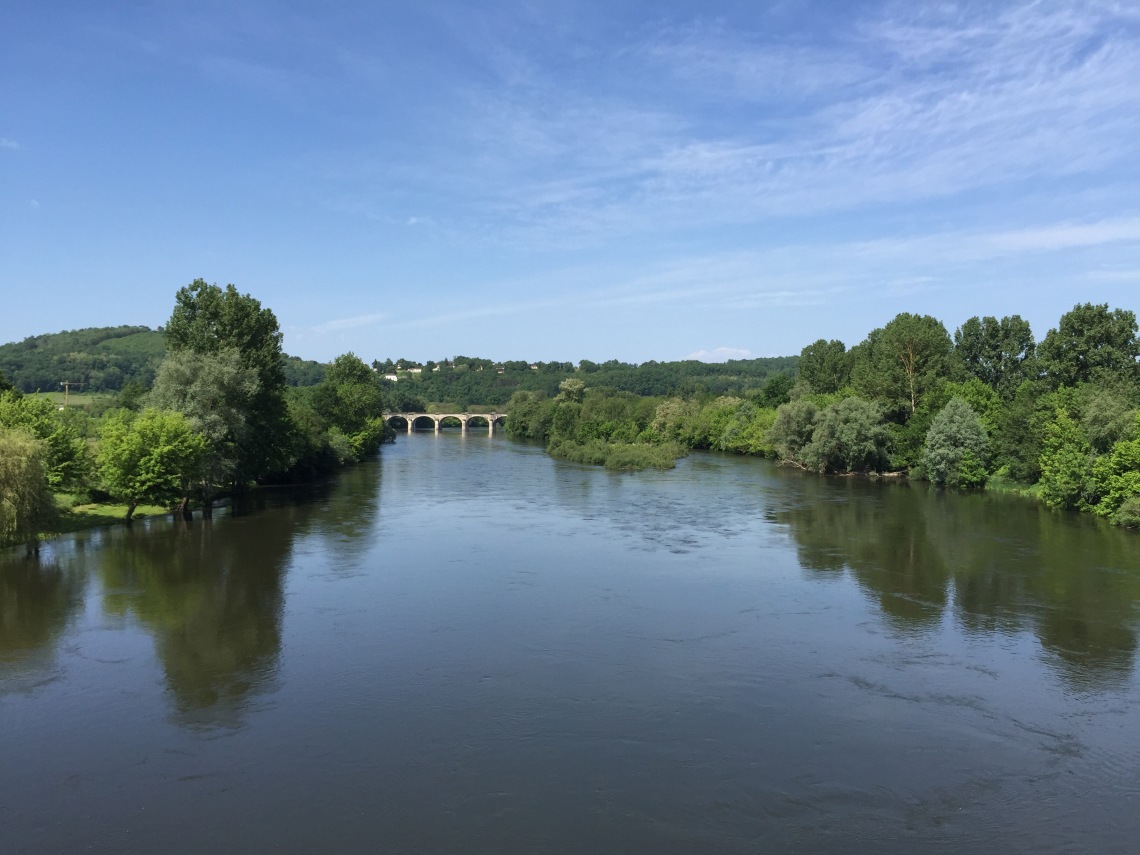 Divided in two: the wine trade area and the city centre, Bordeaux was once part of England. The wine trade had a system in which wine owners had to sell through brokers to the merchants. These merchants then sold to public and were who aged the wine to ﻿the taste of their customers but only from the 1800s.

An important fact about Bordeaux wine is that the grapes used for a bottle are to be exclusively from the region where they grow if they want to be labelled product of Bordeaux. Otherwise, mixing grapes from different areas means the bottle has to be labelled Product of France losing its exclusivity. 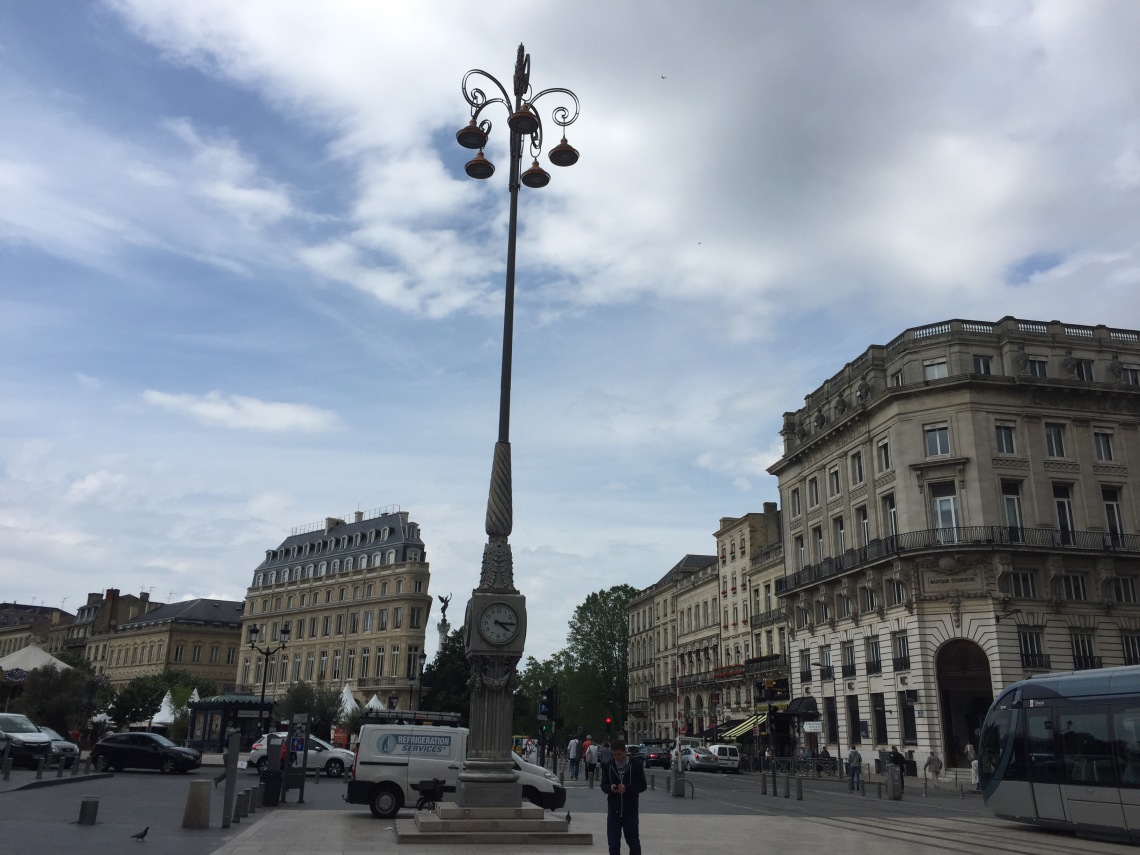 Sauterne is a wine region of France famous for its sweet white wine. Only allowed to be made of Sauvignon Blanc, Semillon and Muscat grapes. The grapes are picked at the end of the season and once the berries have been attacked by noble rot. Whilst it is only 10 days of work, it takes 2 months to harvest wines for the Sauterne wine as it is dependent on temperature and humidity; the task is a laborious one which has to be done vine by vine and always by hand.

The price of this wine is more expensive as each vine produces only one glass compared to the one bottle produced per vine in the rest of Bordeaux. Each bottle of wine comprises what the weather has brought as it is forbidden to use any man-made irrigation systems.

The Chateaux Sigalas Rabaud is one of the few still family owned; the rest of the Chateaux have been acquired by insurance corporations or banks. And unique visit being able to see the aging wine in their barrels and tasting out of them! 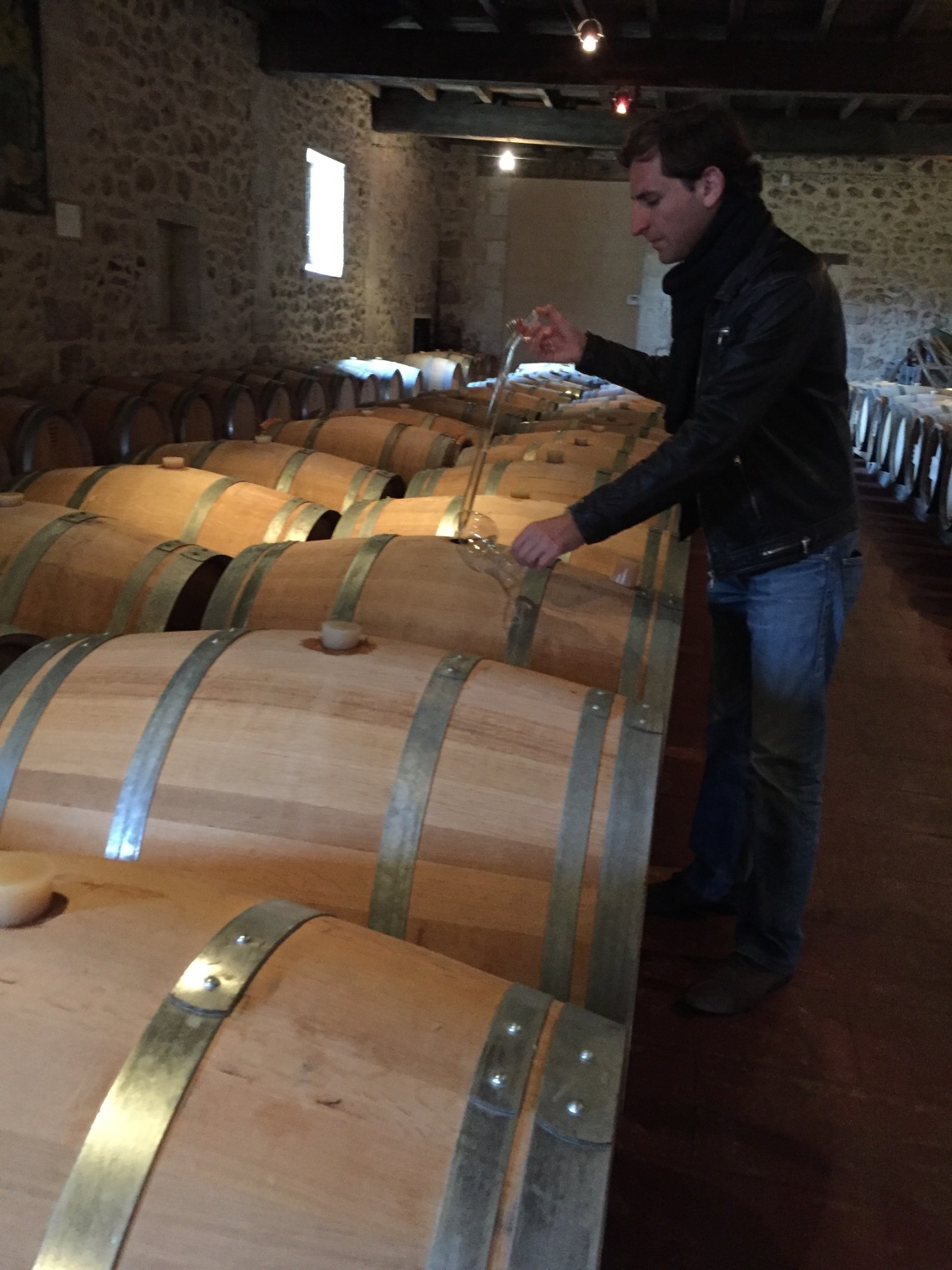 Whilst it looks like a Mexican standoff setting, it really is the France from a long time ago. Houses dated from the 1300s surround this plaza.
In this place Armagnac is made, a type of fortified wine – thus made from grapes- and is the oldest form of brandy ever made. A single distilled alcohol that predates cognac by 150 years. 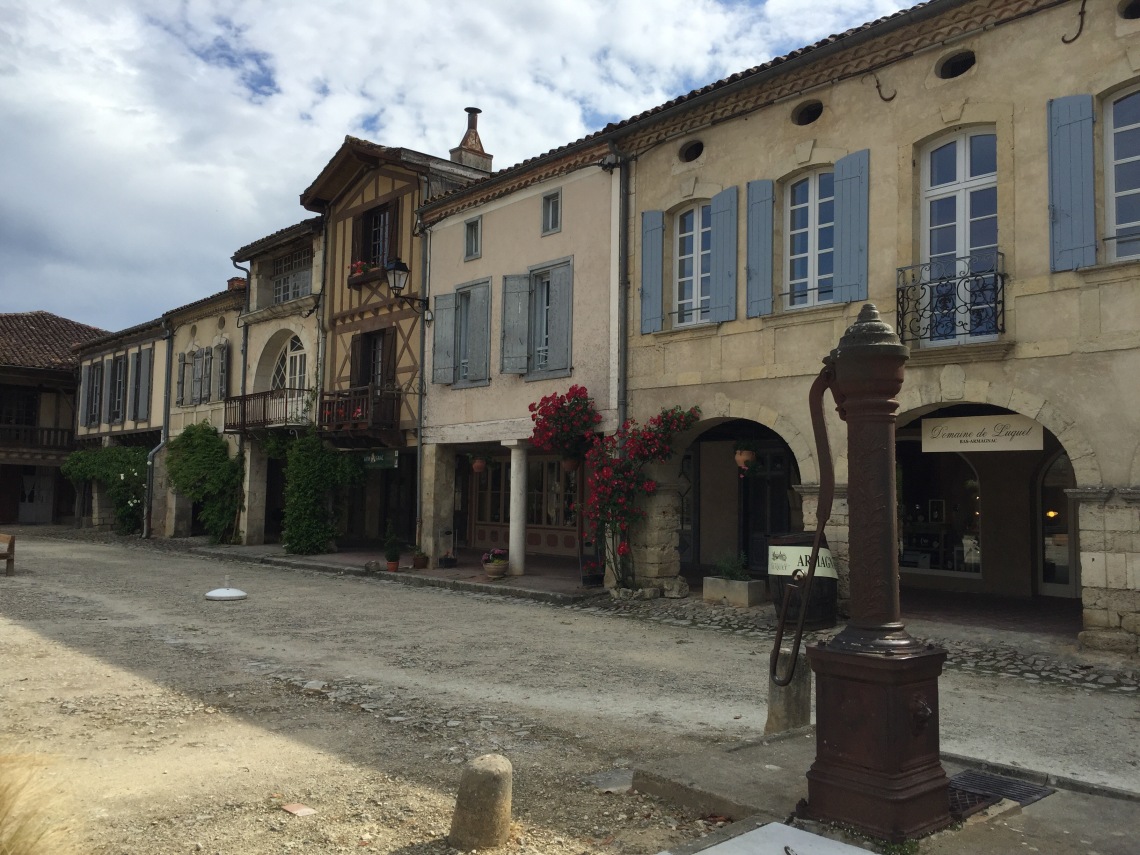 One of the French starting points of the Camino de Santiago, St Jean Pied de Port is in the Basque region in the south of France. It is a popular place to start as it is at the foot of the Pyranees mountains though only 148 meters above sea level which means on the first day of the Camino people have to climb over 1000 meters. At the top of St Jean Pied du Port is what was once a Citadelle and is now a school. And if you are careful you can tickle a trout in the river that crosses this small little town! 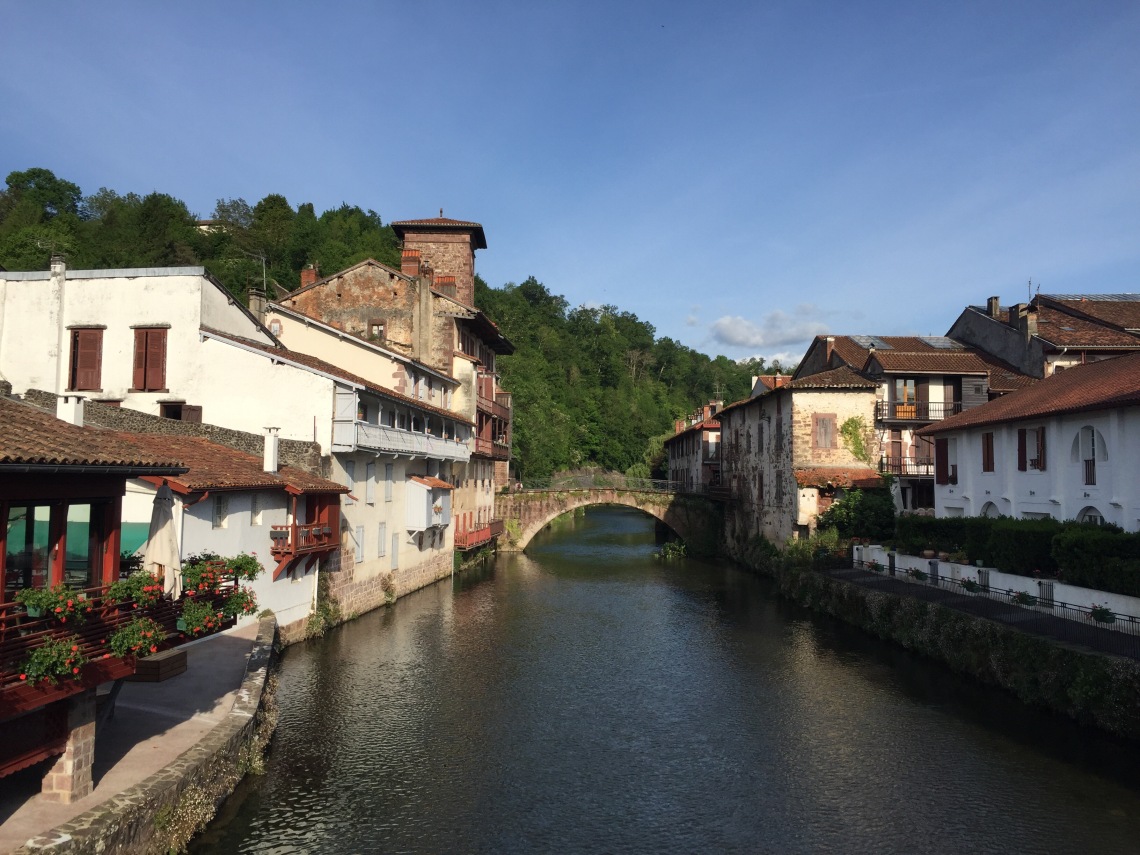