At 2100 meters above sea level, and one hour from the capital city of the state of Chiapas, lies San Cristobal de las Casas. This iconic Mexican city is seated at the center of an ancestral Mayan region hence why there is a high density of the Tzotzil and Tzeltal peoples. The city is even still known by its indigenous Tzotzil name, Jovel.

San Cristóbal de las Casas was first established as a settlement in 1528 by the Spanish conquistador Diego de Mazariegos, who named it Villarreal de Chiapa. The city still preserves its stunning and unique colonial architecture, narrow cobblestone streets and roofs covered in red clay tiles, pedestrian only streets, bright and colourful houses, and its singular 16th century baroque cathedral which overlooks the main square in the centre of town. This cathedral has an unique façade, broad mishmash of architectural styles, and has become a symbol of this city and the state of Chiapas. Anyone who has grown up in this corner of the world will know they are home at this the yellow and red sight.

In a country like my dear Mexico, people often have to find a way of living, a way of surviving. Innovation in commerce rises from discovered opportunity. And thus up to 60% of its people make a living of the informal – shadow – economy.
Kids and teenagers (not so commonly adults) walk the streets with a box hanging from their necks – and thus their nickname: canguritos. Buy a loose cigarette, a lollie, a mint or a chewing gum. Find them everywhere. Anytime. Or find them in plazas with their wooden boxes on a stand. But always there, fighting, surviving, making their living. 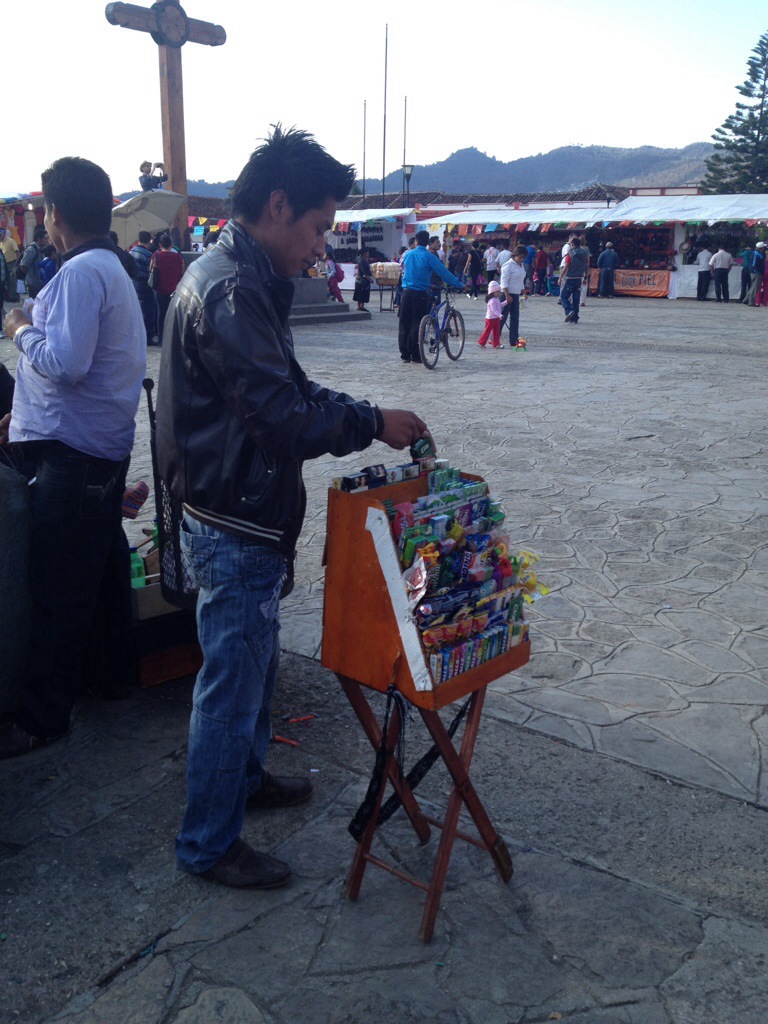 San Cristobal de las Casas, also (not very commonly) known by its Tzotzil name Jovel, is a small city in southern Mexico where indigenous and colonial Mexico still co-exist. It seems like the testament of the Spanish trying to make a stand but not really realising they were meeting with the very persistence, some say stubbornness, of the Chamula etnicity.
The Cathedral was built in 1528 as a church dedicated to the Virgin of Assumption. It faces the Cathedral plaza where events are often and street vendors chase around national and foreign tourists to make a living.